What is a Clamping Head?

The History
of the Clamping Head

Dr. Erich Schmalenbach and Adolf Rastetter are key figures in the history of the clamping head.

In elevators at the time, the load rested on an oil column in a hydraulic cylinder that was positioned directly underneath the elevator car and lifted it. A line break or valve failure would cause the elevator to fall.

Mr. Rastetter had an idea: what if he could find a way to transfer the large forces produced by the elevator car’s weight into the hydraulic cylinder’s housing? The elevator could then support itself on the sturdy housing and would not fall. 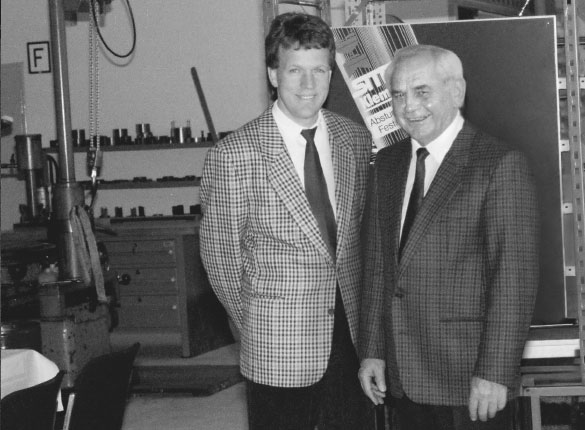 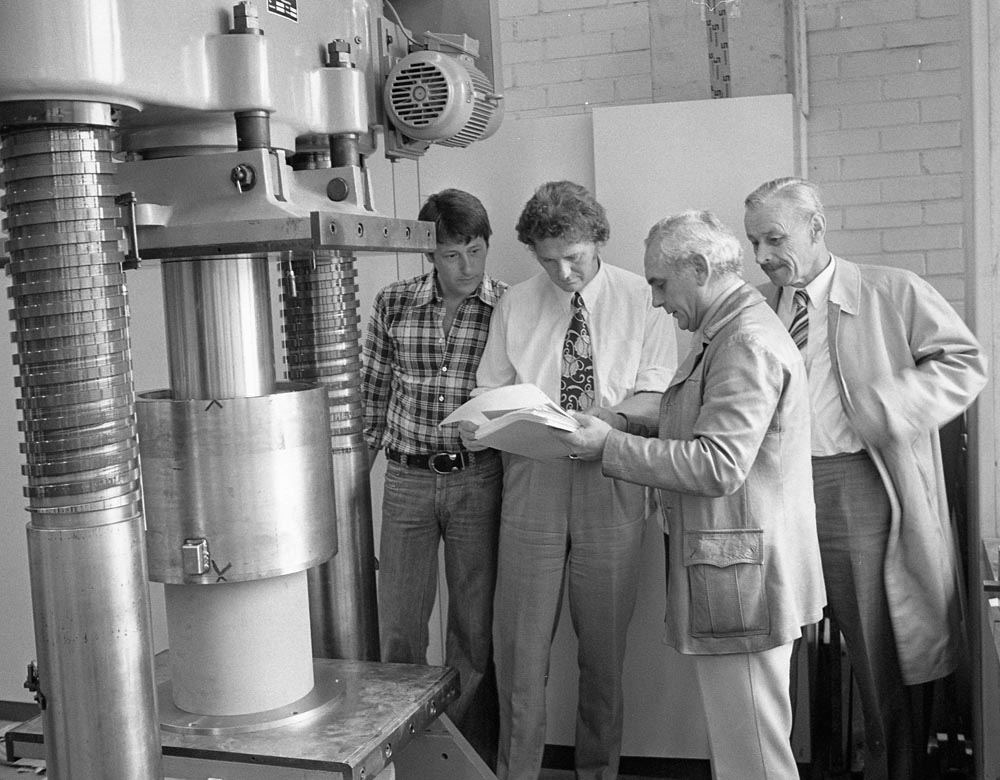 A brilliant idea came to him after a bit of tinkering: just like a wrestler takes advantage of his opponent’s energy and weight, the energy produced by the mass to be secured should be used to generate the required forces. A self-intensifying clamping system holds on to the cylinder’s piston rod by friction and secures the load by pressing against the clamping system, thereby causing it to contract. The holding force on the rod would increase with the size and energy of the elevator’s load.

He successfully applied this principle when building his first prototypes for presentation to the German technical inspection authority responsible for elevator safety, where they passed the required acceptance tests. These products were the first “safety arresters,” as they are known in the elevator industry to this day.

The clamping head and the birth of SITEMA

This was the first step of many that would be needed to help the technology thrive on the market and to build a successful business: finding other promising applications, systematically creating a comprehensive product range, developing theoretical principles, and organizing production were just a few of the prerequisites.
When Dr. Erich Schmalenbach came along, Adolf Rastetter knew he had finally found the ideal partner for what lay ahead. Schmalenbach’s design and development expertise helped Rastetter to draft and implement this and many other ideas. Last but not least, they needed a marketing plan and a catchier product name suitable for all applications. This was the inception of the “clamping head” as the generic term for a range of products from safety arresters and Safety Catchers to safety holding devices. The two men even enshrined safety in the name of the company they founded: SITEMA is a combination of the German words "SIcherheitsTEchnik im MAschinenbau", meaning “safety technology in mechanical engineering.” 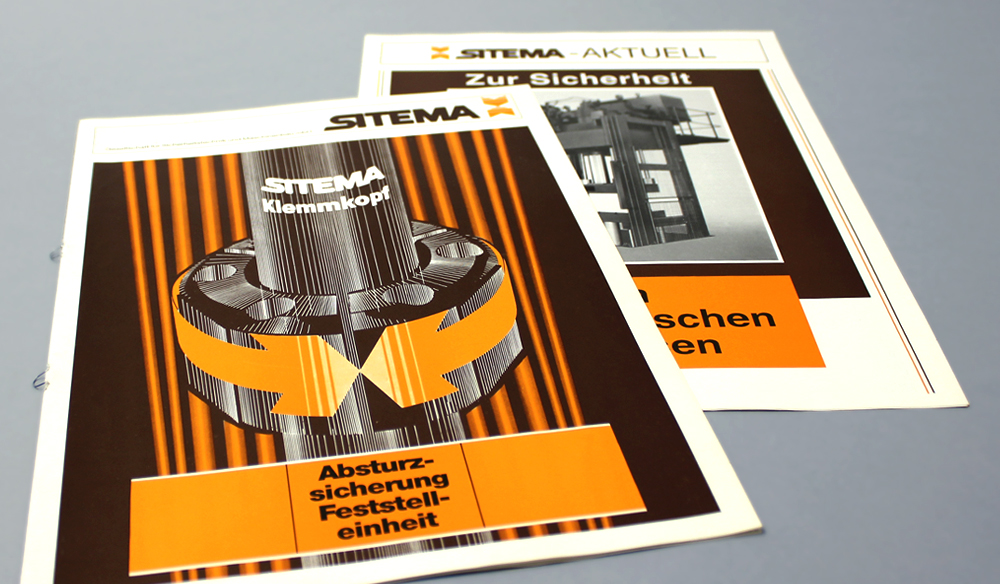 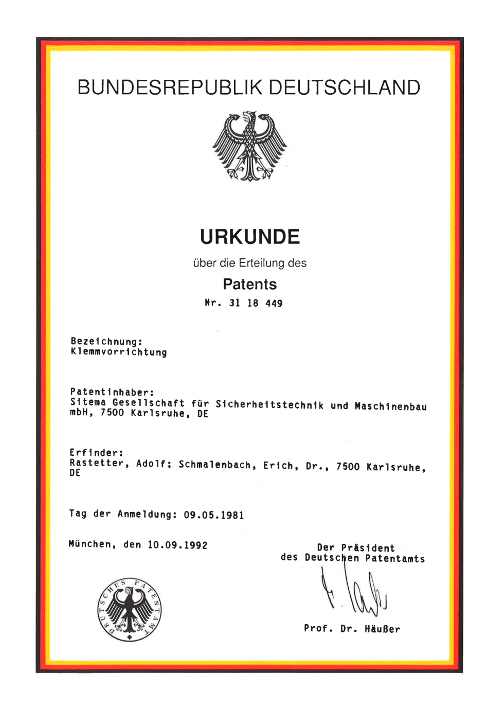 Success was initially slow in coming, despite having good ideas and technology that worked. Elevator manufacturers were understandably reluctant to become dependent on SITEMA, and they have since installed a host of other safety measures that, objectively, indeed provide adequate safety against accidents involving failure of the hydraulic elevator.

Safety arresters therefore did not become a profitable business for SITEMA, and they remain a niche product except for individual projects, such as the safety arrester installed on a hydraulic elevator in the “Bundeshaus” (Federal House) in Bonn, Germany. This elevator had to be on constant standby at the top floor, with its door open, so that anybody from the office of the President of the German Bundestag could enter without waiting. The only way this was possible, or even permissible, was with a mechanical Safety Catcher.

SITEMA therefore had to develop other applications for clamping heads in order to survive.

SITEMA technology came into its own in the field of hydraulic presses. Then, the EN 693 standard (today: ISO 16092) required a mechanical restraint device to be permanently installed on or in all but the smallest presses to prevent the heavy press ram from falling. Using a SITEMA Clamping Head as the Safety Catcher offers numerous advantages over other technical solutions. For one thing, it can act steplessly in any position and can even be activated when in motion. The clamping head features overload protection, clamps even in the event of a power failure, and is secure against accidental release, to name just a few benefits.

It was these technical properties that convinced the association responsible for press safety (now the German Social Accident Insurance – DGUV) to grant official approval to the SITEMA Safety Catcher as a restraint device. The DGUV issued the first certificate in 1984, and this organization still periodically certifies that SITEMA Safety Catchers, safety brakes and locking units meet its exacting standards, which are amongst the most demanding in the German machinery manufacture sector. 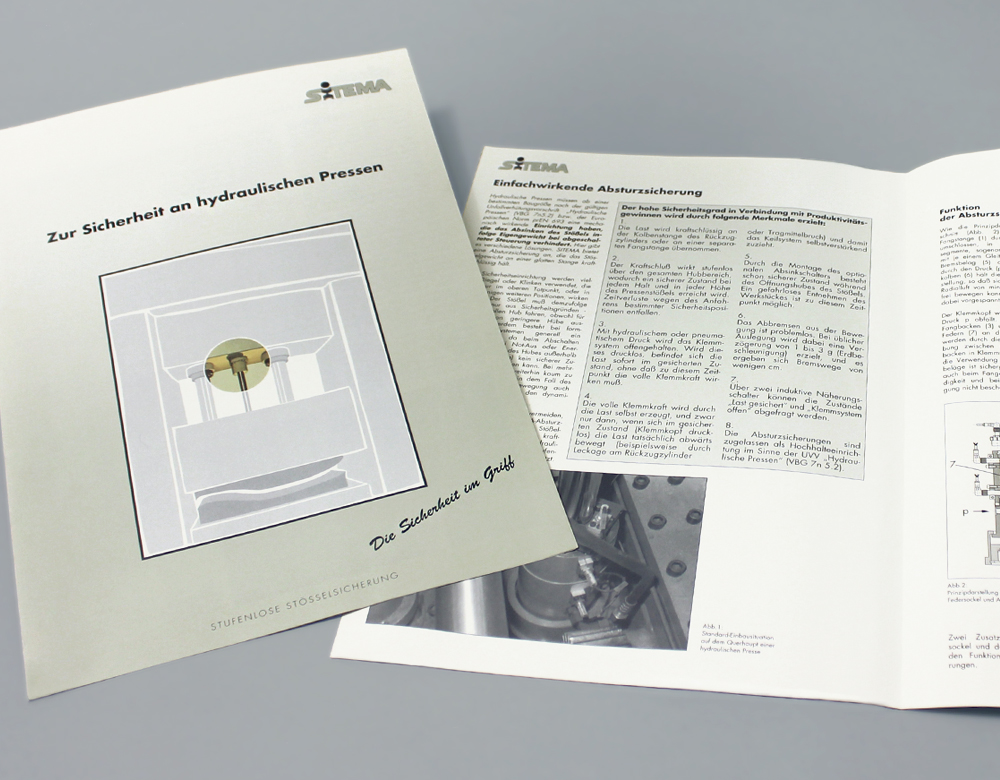 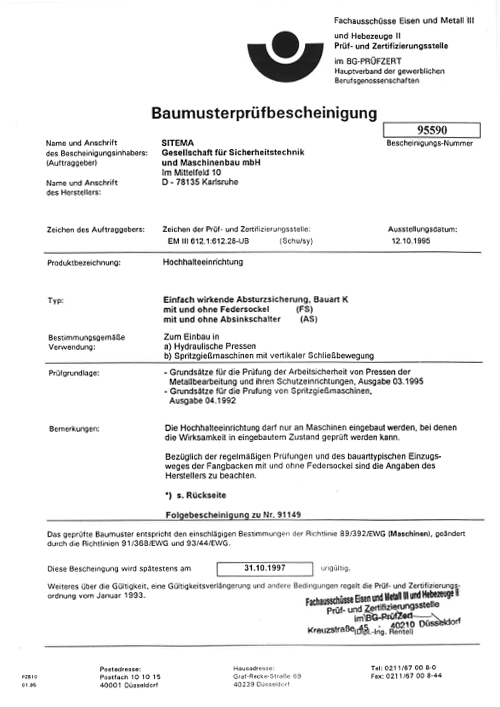 Customers around the world soon came to appreciate the DGUV’s trust in SITEMA Safety Catchers, and customers from other machinery manufacture sectors as well began turning to SITEMA to secure their raised loads. Additional applications called for different technologies, which soon gave rise to the “safety locks” to secure slow-moving or stationary loads. Examples include elevating stages and platform lifts. The safety locks also use the unique self-intensifying technology.

The company responded to the growing demands for accurate position clamping, such as for holding in production processes, by developing the “Locking Units” product group including spring-actuated clamping heads capable of holding forces in an accurate position in both directions. In time, this product group was supplemented by additional series that were designed for outdoor applications, were matched the design of standard cylinders, were suitable for machine tools and, not least, were approved by Lloyd’s Register and again by the DGUV.

Inquiries from automation system manufacturers increased sharply in the mid-2000s. There was as demand for pneumatic clamping heads to secure small loads, preferably employing the proven self-intensifying technology. The challenge here was to achieve smaller “pull-in movements” than were possible with the Safety Catcher, due to the shorter strokes and faster movements often encountered in automation applications. SITEMA responded with its new “Safety Brakes” product group, which was also promptly certified by the DGUV.

SITEMA has always had more good ideas in store in addition to those involving securing and holding loads. With its PowerStroke, SITEMA offers a type of short-stroke cylinder. This clamping head holds on to a round rod in any position, and can forcefully push or pull over a distance up to 20 mm. This technology is used wherever large, fast travel movements are required and the actual process force is needed only over a short distance, such as when closing or holding an injection molding die or in forming presses. These clamping heads are suitable for joining processes, shaping systems and test benches as well, in short: wherever it is expedient to separate rapid-traverse strokes and power strokes to build more compact machines requiring much less energy than conventional machines. 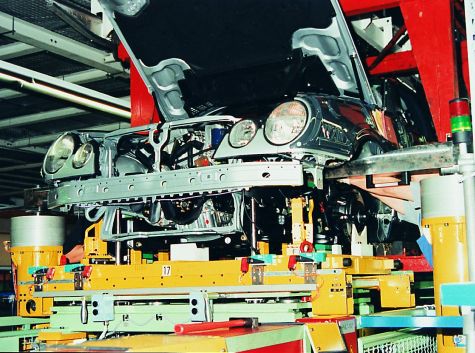 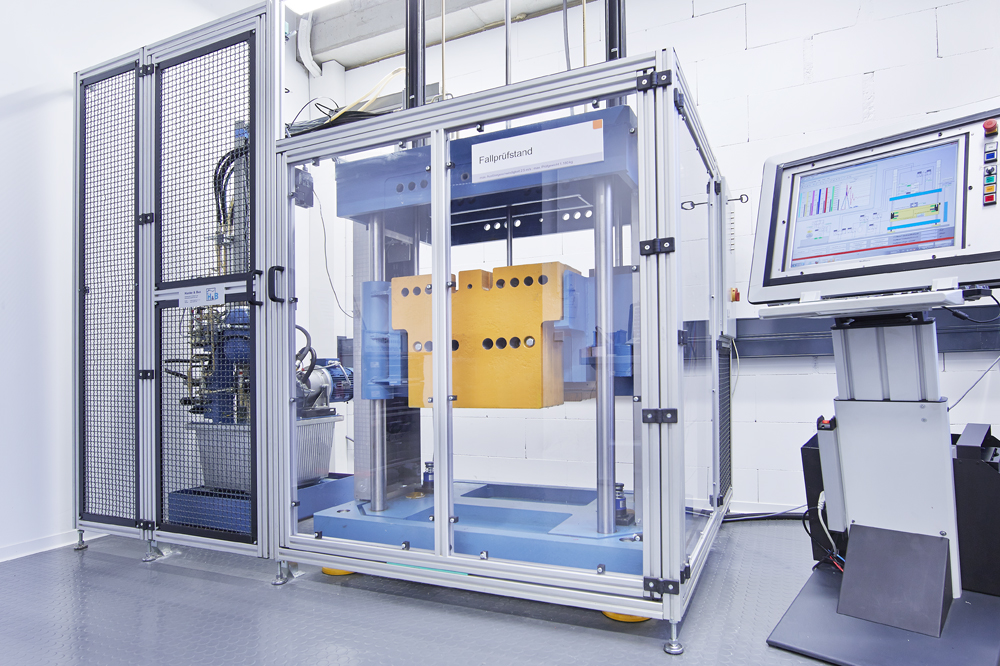 This variety of different clamping heads means they can be found wherever linear movements have to be secured, locked or propelled. These clamping heads are not limited to their original applications in machinery manufacture, such as hydraulic presses, machine tools, applications with pneumatic or hydraulic cylinders, gantries, palletizers, test stands and automation systems. They are also used in systems such as chair lifts, coal crushers, adjustable swimming pool floors or even bridges. Visit the Applications page on our website for more examples.

The history of the clamping head by no means ends here. SITEMA is constantly researching new technology to improve existing products and to develop new clamping heads for the machines of the future.

We use cookies to offer you the best services for your visit at our web site. Basic cookies enable fundamental features and are required to ensure the proper functioning of the web site. If you continue using our web site, you agree to the usage of these cookies. Additionally, services of other service providers are integrated into this web site. These additional services are Google Maps and Google reCAPTCHA which are needed for our inquiry forms. For these services, cookies are placed as well. Here, you can refuse these cookies. You can always change this decision by adapting the Cookie settings. SITEMA uses no additional cookies, especially no cookies for advertising purposes or social media. For more information, see our